How did you start painting digitally?

It's kinda an odd story. I became interested in creating things digitally because of Harry Potter. When I was a kid I was a diehard fan (still am!), and one of my favorite fan sites hosted monthly movie poster contests. Each month they'd pick a theme and people would create a Harry Potter movie poster. I don't think you actually won anything other than recognition, but it was all in good fun.

Anyways, I was amazed at the submissions and wanted to learn how to do that. So after some research I learned that Photoshop was the program that everyone was using. I taught myself how to use Photoshop 7 and was fascinated with the possibilities of creating and manipulating things digitally.

Later in life I found out that people were using Photoshop to paint, though I didn't really like the way it looked but was intrigued by the idea. I then found programs that were specifically made for painting digitally, such as Corel Painter.

I have been painting digitally now for 6 years and have loved the journey and creative challenge. 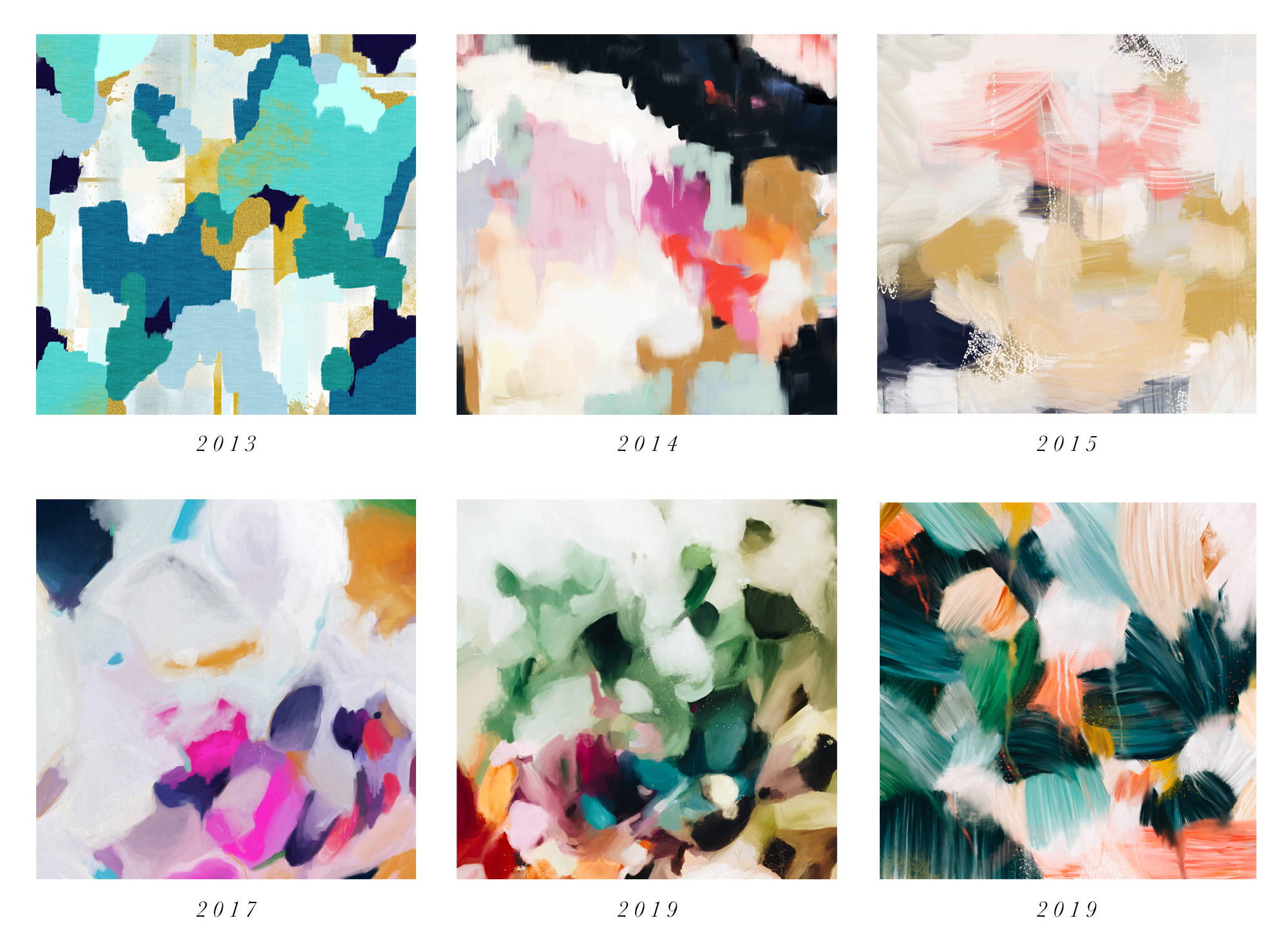 What's the difference between painting digitally and painting with acrylics?

Digital painting is more methodical but also more forgiving. If I don’t like something I can easily erase it and start over, or simply make a copy of my work and play around in a new version. If I don’t like it I can always go back to my original.

It also doesn’t require a large studio space since everything fits neatly inside a laptop or tablet. It helps me create extra large pieces without needing an extra large space to do it.

Though the process is not as messy, which can be both good and bad. For my acrylics I rely on that “mess” to help me shape my paintings.

But with digital it really forces me think about my work in a new way. How can I achieve what I want with the digital tools in front of me? It's a different creative thought process.

Neither is any less than the other. They are equally as beautiful and valuable in their own right.

They both require just as much skill and knowledge as the other.

Though at times I feel like painting digitally might require even more skill. It’s easy to make a digital painting look well...utterly digital (unless that’s what you’re going for) but if you’re goal is to replicate the effects of an acrylic, oil or watercolor painting than it takes a lot more planning to create those realistic effects.

You can really see the progression of my digital paintings over the years. The first ones look completely digital and flat. But now several years later I feel like I’ve finally been able to create the things I’ve always wanted to create.

If digital paintings can be printed multiple times can it ever truly be a one of a kind?

Certainly. This can be done by only doing an extremely small edition of just one (1 of 1). I do this for my digital painting commissions. There is only one available in the entire world and they are hand signed just as an acrylic painting would be. I can even take it a step further and add some hand embellishments, such as accents of metallic gold and paint texture.